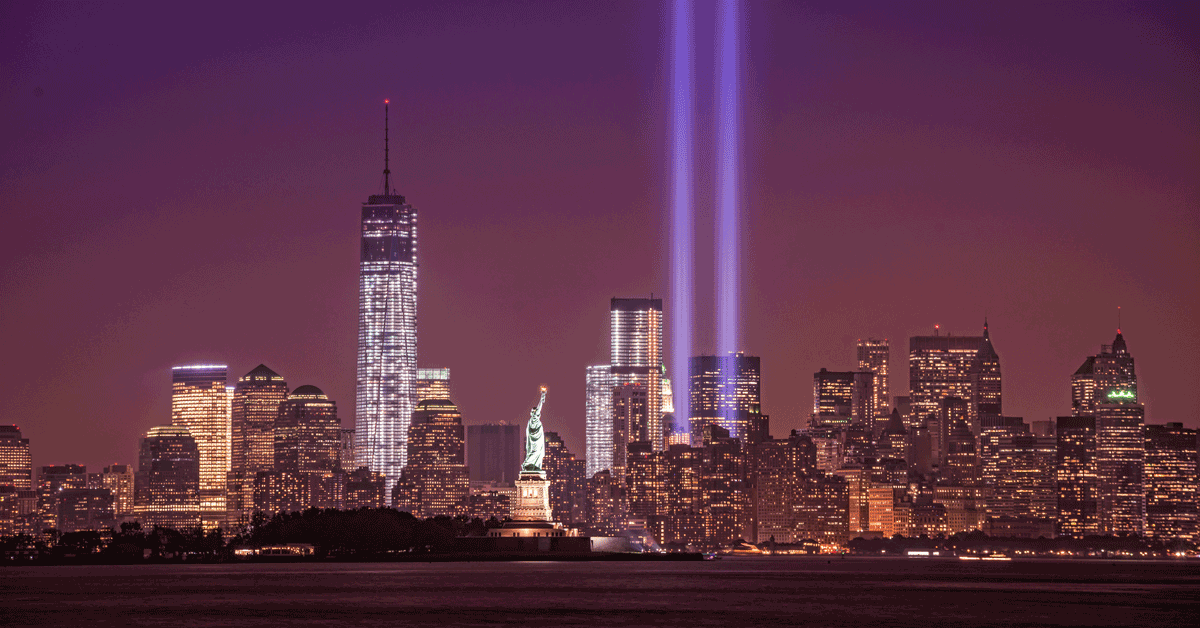 Throughout the last hundred years, radio has provided insight into – and connection during – significant moments in history. Radio has always had a unique ability to illuminate the local relevance of national and global events, from the immediacy of Edward R. Murrow’s dispatches from Europe during the Second World War, to the live broadcast of Martin Luther King’s “I Have a Dream” speech in 1963, to the fall of the Berlin Wall in 1989, to the Rodney King verdict and subsequent riots in 1992.

And of course, radio was there on September 11, 2001, broadcasting live as those horrific events unfolded, and continuing through the aftermath to ease uncertainty, provide comfort and support to our communities, and keep audiences informed during a time of national crisis.

Our final Love Letters to Radio honor the memory of that awful day even as they celebrate the incalculable value of the service radio continues to provide to our communities and our country during challenging times.

“No one listening was interested in buying a breakfast taco…”

I honestly have so many crazy and fun memories working in radio. I moved around to different radio stations across the country, and had some fun times and some sad ones, too.

One of the saddest times was being in radio was when I was at KLBJ in Austin during 9/11. That day was filled with watching the horrific things happening in our country and basically just pulling commercials off the log that day. We were going wall-to-wall coverage and no one listening was interested in buying a breakfast taco or heading down to 6th Street to see a show. My most vivid memory of that day was sitting in one of our conference rooms, along with Abbe Woodruff, who is now also at WideOrbit, and just being in shock. That brings me to another thing I love about radio – it’s a relatively small world. You end up meeting up with people again and again through the years. Abbe was an assistant at KLBJ when I was a Traffic Manager there, and when I started at WideOrbit, she pinged me on email. When I was in Implementations, at almost every station I went to I either knew someone from my time in radio or I had people in common with the folks there. That is what I love about that world – the people who work in radio are passionate about what they do. It is not just a gig for them, if they work there it is because they love everything about it.

“I experienced first-hand what real, local community radio was about.”

I was working professionally in radio in Central NJ for six months when 9/11 happened. I experienced first-hand what real, local community radio was about. From our talk show hosts on the AM, to our DJs on the FM, to our six news people out in the field, they were there for our listeners in a way that can’t be replicated by an algorithm. My love for radio deepened and I got to experience first-hand just what it meant to super-serve a community in shock and mourning. I’ve been incredibly fortunate to work for some legendary stations along the way and one thing remains the same: we continue to be relevant because of the service we deliver to our communities. Whether my role has been taking care of an AM stick or leading my station’s digital strategy work, our potential and our opportunity remain just as significant today as they ever have, regardless of transmission medium. For those broadcasters able to continue investing in their community service focus, the future remains bright.

“I got to work early that Tuesday morning in September…”

I found almost every piece of music that I ever truly loved through the radio. From making cassette tape recordings of boy bands on the radio in my childhood bedroom, to yesterday’s rush to open Shazam before a song ended to catch the band’s name.

There’s one day from my radio career that I remember especially well. I got to work early that Tuesday morning in September, fresh out of college and in my first real, grown-up job at a radio station group. I made my way downstairs to the studios to collect the previous day’s logs and haul them back to my desk when I noticed people congregating in the AM talk station’s newsroom. I joined this odd group of coworkers staring at the New York skyline on TVs mounted in the room’s corners. I stood there stunned, with my arms full of paper, and watched the towers fall. The rest of that day was a blur, but the following weeks were a lesson in the value of local media during a national crisis. All our stations offered breaking news, local impact stories, and a sorely needed sense of togetherness in our community.

We hope you’ve enjoyed our series of Love Letters to Radio as much as we’ve enjoyed sharing them. We are extremely grateful to the WideOrbit customers, colleagues, and friends who so generously shared their stories. Thank you to all of you.

And Happy 100th Anniversary to Radio! We look forward to seeing what the next century will bring!