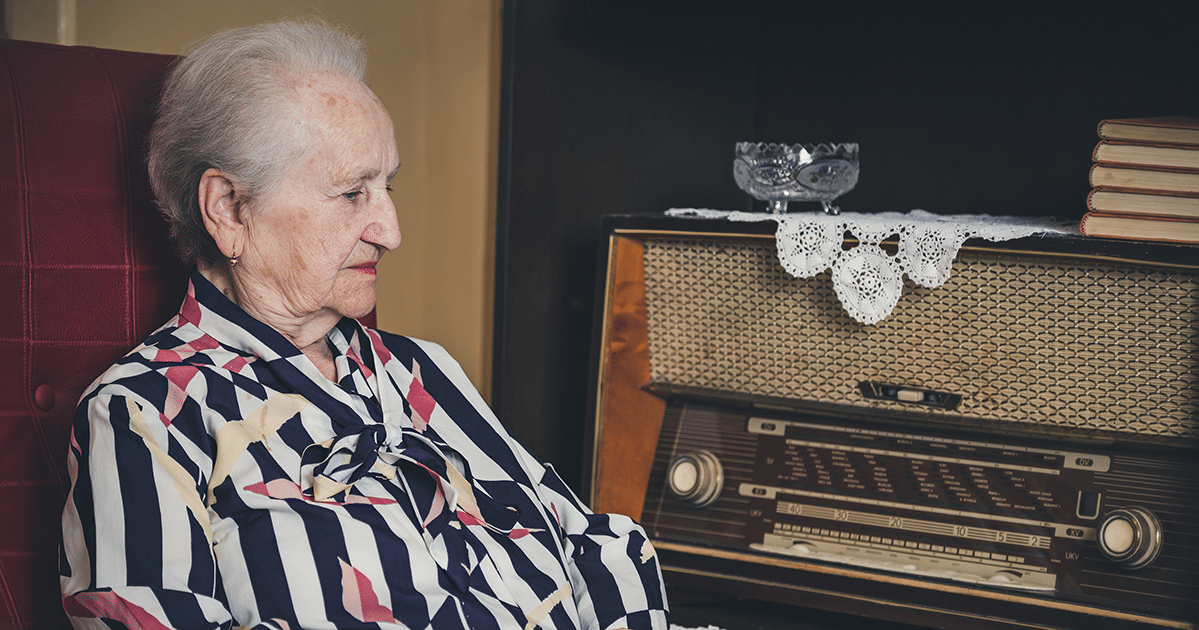 Right from the very first commercial broadcast, uniting listeners over presidential election results, radio has excelled at fostering community connection. Whether it’s listening to the local news over breakfast or tuning in from overseas to find a sense of “home”, radio brings people together like no other medium.

During the current pandemic, listeners turn to radio for the latest public health guidelines, to find out what’s open and what’s closed, as well as to ease the sense of isolation we’re all feeling as we spend more and more time at home, separated from family, friends, and community.

But even at the best of times, radio is integral to community connection. Everything from a live-remote, fundraising event for a local charity to a call-in show about the government’s latest boondoggle, all of it helps keep listeners informed and connected.

Continuing our series in honor of the 100th Anniversary of Radio, we’re delighted to share Love Letters celebrating the sense of connection radio is so good at nurturing. Whether across the globe, across the country, across town, or within the radio community itself, radio continues to create real and lasting connection.

“I came to realize the intimate power of radio.”

I started a contracting business when I was in high school and I worked alone many weekends in cavernous, empty industrial buildings installing security systems in northern New Jersey. I had an FM radio that kept me company. While I was listening primarily for the music, after spending every weekend with the same DJs on WPLJ, I began to feel like I knew them. Eventually I heard a weird show that played a little bit of everything on Sunday nights on WNEW-FM in New York, hosted by a guy named Vin Scelsa. I fell in love. When I later went to live in New York for a summer and intern at sister station 1010 WINS, I had the chance to sit in on Vin’s show one night and was hooked. Between the companionship I’d come to enjoy during my weekends as a contractor, to the energy I felt during my internship in the 1010 WINS newsroom, to the connection and intimacy of Vin’s freeform music show, I came to realize the intimate power of radio. When I got to college, I fell in with the station there and it became my passion project, eventually moving it from AM to FM.

“A battery-powered radio was our connection to the world…”

My parents were products of the 60s, and my sister and I were raised as such, growing up in a small cabin on the Oregon Coast, without electricity or running water. Their view of autonomy and freedom was summarily rejected by their children, and a battery-powered radio was our connection to the world. Our favorite local radio station, KHSN, was played nearly constantly, bringing us Casey Kasem’s weekly American Top 40! We would sit for hours on Saturday mornings, listening to Casey ‘Counting the Hits Down’, feeling a little closer to the world but also validated by the clear superiority of our musical tastes over that of our ‘Hippie Parents’.

I fell in love with radio in Oswego, NY, when I became a DJ at my college radio station, WNYO-FM. I always had a love for music, but to bring it on-air and to the masses felt very full circle to me. Little did I know that I would learn so much more than just how to talk into a mic and cue up music. College radio, even with all its budget constraints and old equipment, combined with Broadcasting and Business classes, taught me more than enough to know that I wanted to pursue a career in radio. I have also met the most amazing and outgoing people – shocking for radio, right? – that I am proud to have not only as colleagues and clients, but as friends as well.

“The dubious advice of Jim “The Poorman” Trenton”

I grew up in Los Angeles in the 80s and would listen to KROQ. I’ll never forget the 106.7 call letters. While I still love New Wave music to this day, as a teenager, I remember listening intently to Loveline on Sunday nights for the scholarly advice from Dr. Drew, as well as the more dubious advice of Jim “The Poorman” Trenton.

Remember to check back after Thanksgiving for the final two installments of our series celebrating the 100th Anniversary of Radio, including more Love Letters. Maybe one of them will be yours.