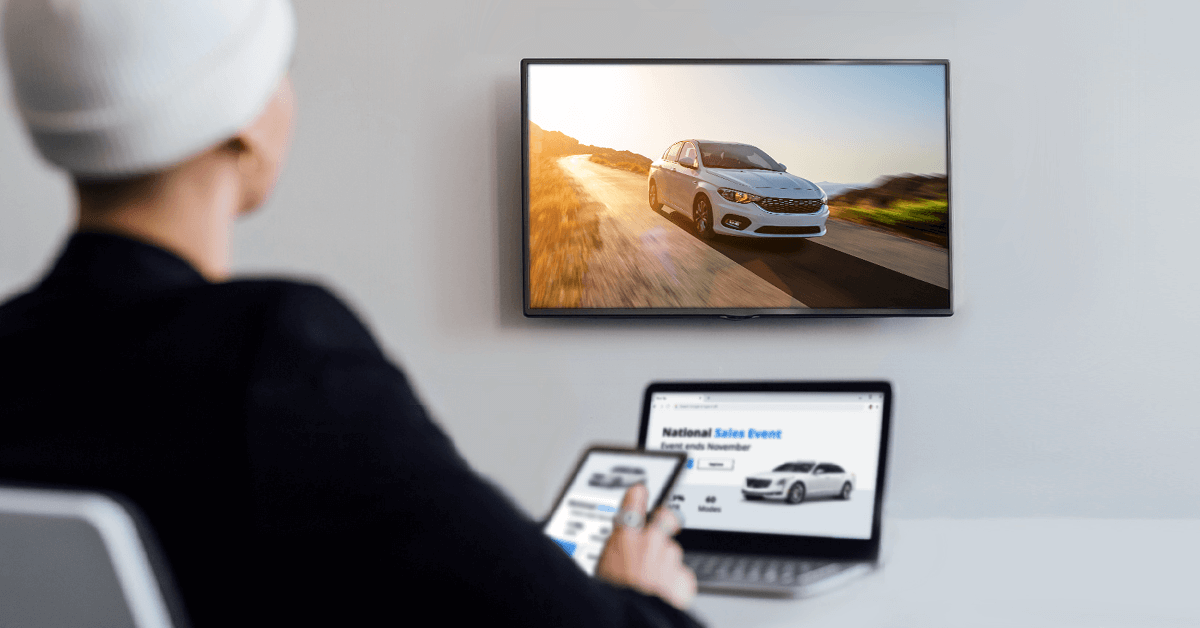 With the growth of digital and the resulting increase in demand for omnichannel buys over the last two decades, TV ad sales processes have undergone a major shift from manual to automated. This shift has been a catalyst for the entire ecosystem to change for the better.

WideOrbit started as a platform meant to help manage broadcast ad trafficking, sales, and billing but has since evolved into a suite of tools that streamlines ad management processes, for both broadcast and digital, from end-to-end.

We started by adding a Digital Orders module to our core platforms, WO Traffic and WO Network. Digital Orders allows broadcasters to manage digital orders using the same workflows they use for broadcast ads, from order entry to ad insertion to the creation of a consolidated linear and digital invoice.

The next step was the introduction of our Addressable Ad Replacement tool for WO Traffic, which helps broadcasters better manage the monetization of content across FAST channels, multicasting, etc., by making it easy to create an addressable log. Addressable Ad Replacement allows broadcasters to choose whether the digital ad server inserts an addressable ad or extends the reach of the broadcast spot by running it on the digital channels. There are additional capabilities, such as switching out the creative, but the ability to choose between the targeting of addressable versus extended, unduplicated reach is vitally important.

Our newest project is our next-generation sales platform for local broadcast sales, called WO Fusion. WO Fusion provides a single, unified view of all incoming demand, across digital and local broadcast, and reach extension buys from both automated and manual channels. This holistic view of demand helps broadcasters efficiently build multi-market, multi-media proposals using data from a variety of ratings measurement providers.

Consolidated Network Sales (CNS) is a module for WO Fusion that addresses the challenges of cross-media selling and alternate ratings measurements for cable and broadcast networks selling linear and digital together, upfront. CNS consolidates plans from multiple media sales systems into one multimedia, cross-platform proposal, with support for liability reporting and stewardship across multiple ratings measurements, including Comscore, Nielsen, VideoAmp, iSpot.tv, and BYOD (bring your own data).

Any conversation about streamlining ad processes with automation must include programmatic buying and selling. The future of programmatic for the industry and WideOrbit is all about automation but we’re doing it in a way that doesn’t take people, with all their experience and expertise, out of the picture.

Our first marketplace was based on real-time bidding (RTB), allowing people to bid on station inventory in 30-minute blocks of time. But it wasn’t really what the buy side wanted, and it meant the buying platform was on the hook for delivery and execution.

So we evolved that platform into a next-generation marketplace – called ZingX on the buy side, WO Marketplace on the sell side – that automates transaction processes but without taking people out of the picture.

Think of it this way; a buyer thinking about an insertion order has audience and CPM goals, with flight dates and the number of impressions they want in mind, while broadcasters are traditionally thinking in terms of spots and GRPs. What our marketplace does is allow buyers to build their campaigns in a way that models what digital looks like, based on their campaign goals, while presenting that offer to stations in the model that they’re used to.

Historically, the buy side and sell side had different goals. The sell side wanted to charge the most for their inventory while the buy side wanted to pay the least. WideOrbit’s model is not about highest and lowest prices; it’s about making sure the campaign can and will be executed. We take the campaign, organize it, and present it to the sellers based on the highest probability that the units will clear, and at rates they can be happy with. We want to make sure that what the buyers want to buy can be executed and that the sellers will honor and deliver on it.

Finally, all impressions are not created equal. There are three factors that will impact the value of an impression.

All three of these factors impact what the price of an impression should be. As we move closer to an impression-based selling model, WideOrbit is providing tools for sellers to monetize their premium content more easily, while also educating buyers on the qualitative differences between these high-value broadcast TV impressions versus those available through other mediums and in different contexts.

To learn more about how WideOrbit is streamlining the management of multi-platform ad campaigns with Digital Orders, WO Fusion, Addressable Ad Replacement, Consolidated Network Sales, ZingX, or WO Marketplace, please contact us.